I remember Brian asking us if we could post a reference and embed a video from Fred Moten’s The Feel Trio; so, I did. The reference I chose was one on page 28 from the lines “the hidden life of/the undecidable nightclub, in service and surface like jason’s holiday.” Jason’s holiday is most likely a reference to Jason Holliday (aka Aaron Payne), most famous for being the subject for the 1967 film by Shirley Clarke, Portrait of Jason, where he extensively and theatrically details his life as a gay black man in mid-20th century America who wants to be a cabaret performer but is a self-proclaimed hustler and at one point, male prostitute. Jason is also pushed further and further about the story of his life, where his once exuberant persona is dropped into a weeping, drunk man. The film has been praised for telling Jason’s story but also for showcasing and questioning the exploitative nature of documentary and the nature of the self. Here are links to the New Yorker and NPR who go into more depth about analyzing the film:

Anyway, the reference is placed after the phrase “in service and surface,” which makes me reanalyze the poem to be about the fragmentation of the self and putting on a performance persona for certain situations including discussing death. “My absolute beauty studies feelings in an open afterlife/…explosive flower of I’m not ready and I don’t want to” (Moten 28). People may act ignorant or “flippant” about death and not try to understand its ramifications in their own lives, “but that’s who/church is for, to give yourself away to the mobile ocean, the hidden life of/ the undecidable nightclub” (Moten 28). These people who put on an act but really feel something deeper are in services but maintain that surface like Jason Holliday, who was almost pushed to his emotional limits. That one reference made me interpret and see the poem in a completely different way.

Also, for my Guerilla poetry assignment, I decided to put blank paper and pencils in the bathrooms of the dressing rooms of Cunningham for a couple of reasons: one, I was inspired by the phenomenon of bathroom poetry  (above is one example; trust me, there are A LOT with toilet humor, take a look), which are written anonymously on stalls in public bathrooms, and I thought, “Hey, look! This is what we did before Yik Yak.” Also, I just personally think it’s hysterical; two, I put it in the theater building because I thought that it would take a while before they got pulled down (it took a day) and creative people I know who would write on it tend to be there; three, the bathrooms are gender-neutral, so I could include everyone; four, I just really thought it would make it longer; five, there were only two bathrooms, so I wouldn’t have to drive everywhere like I did for my “graffiti.” Here are some pics below. 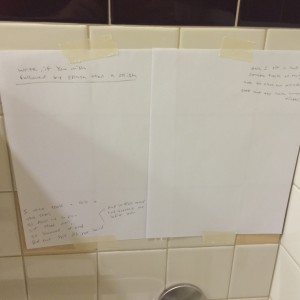 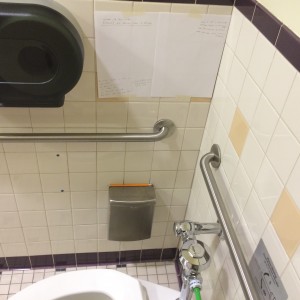 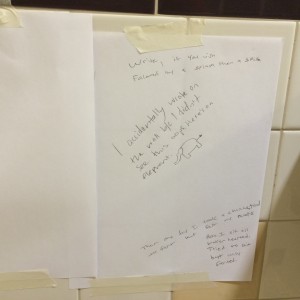 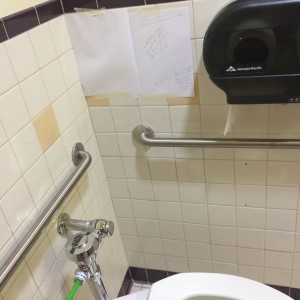 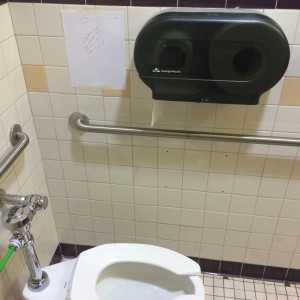 One last point I want to bring up is our class discussion on which book we read should win the NBA (whenever that discussion takes place). As of now, I have no idea how I’m going to pick one over the others because all are deserving in their own right and cases could be made for all of them. I don’t know; it will be interesting what pops up and which sides people take.

If you’ve read down this far, thank you, and here’s an awkward picture of a cat trying to eat a cookie. 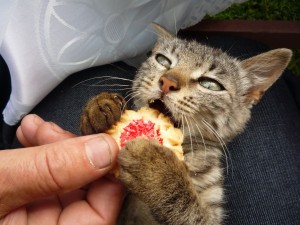 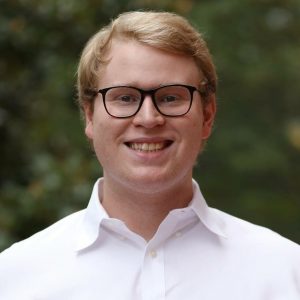 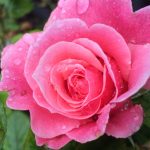 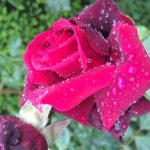